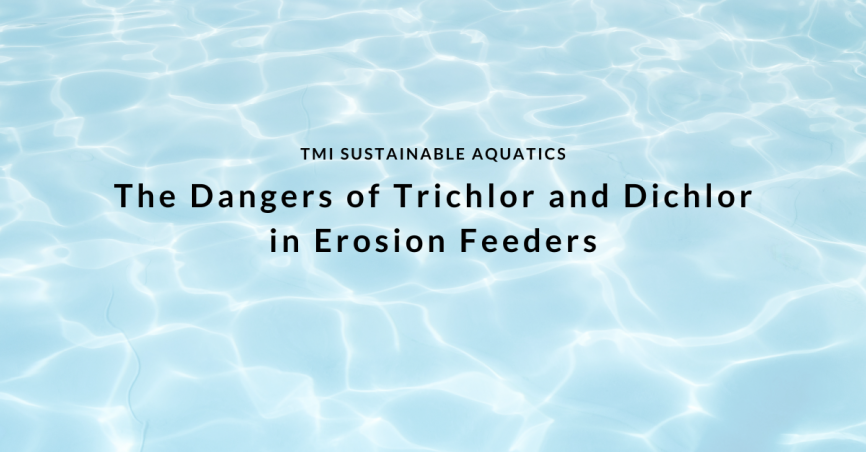 Using Dichlor or Trichlor tabs may seem like a good way to take out two birds with one stone. Not only does it increase the chlorine, but it also increases the cyanuric acid. But while the chlorine will come down on its own, cyanuric acid does not. In tab erosion feeders, these tabs will add cyanuric acid unchecked, causing issues with everything from equipment to water chemistry.

Trichlor/Dichlor tabs are often used in outdoor pools. The problem really only lies with large commercial pools, which can go through 100s of lbs. of tabs a month.

Maximum cyanuric acid (CYA) recommended by most is 50 ppm. A maximum of 30 ppm is even better. Some jurisdictions completely ban the use of CYA. After 50 ppm, any sensors in your chemistry controllers will start to be affected by the high levels of cyanuric acid, including ORP. Free Chlorine ppm probes will become unusable after 10-20 ppm CYA. In addition, chlorine itself will become less effective at high levels of CYA. CYA should be kept well under 50 ppm for best results. When the cyanuric acid is around 100 ppm, it will even cause inaccurate total alkalinity measurements.

Dichlor and Trichlor are about 50% cyanuric acid. For every pound of dichlor or trichlor added to 10,000 gallons, cyanuric acid is increased by 7 ppm. This means that if you have a 100,000-gallon pool and just 10 lbs. (Roughly 20 3” tablets) are added the CYA will be 70 ppm! A busy outdoor pool can use many times that in a month.

Cyanuric Acid should be added as a standalone chemical, and only added when needed for outdoor pools. In a tab feeder, it can quickly lead to very high CYA levels. The only effective way to lower CYA in a pool is dilution.

If Dichlor or Trichlor must be used, monitor CYA closely and adhere to regulations concerning the use of CYA.