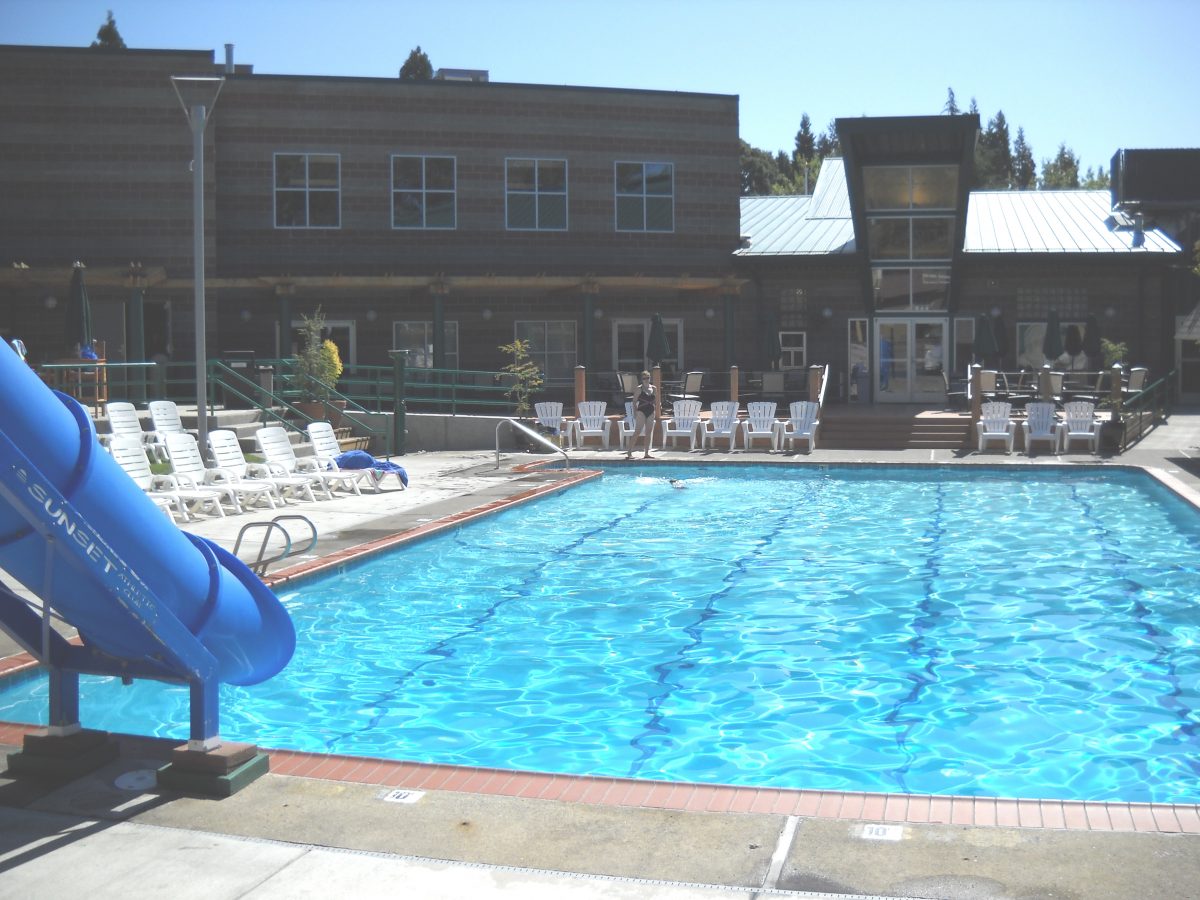 Sunset Athletic Clubs’ owner, Chuck Richards,  was not only the highest scoring American in the modern Pentathlon at the Olympic Games in Munich in 1972 but has been a dedicated member of the Health industry ever since, and is an innovative and inventive Club Owner.   Approaching the completion of a 4- phase expansion to include among other things, his indoor Aquatic Facility which was completed early in 2006, Chuck wanted to ensure that his expanded facility would be energy and resource efficient.  The result, was an energy efficient, “green” building which is healthier for the members, healthier for the environment and more cost effective to run.

Chuck approached TMI in the design phase of his project and designed his pump room to accommodate his maintenance staff in the best possible ways.  Installing and “staging in” his Salt Systems and Controllers went incredibly smoothly and we put that down to the quality of staff we were given to work with and superior facility design.

Chuck decided to go with Salt Pure®  only after doing a lot of research in the market in general and chlorine generation in particular and was very comfortable with his decision by the time he went ahead.  This is what Chuck had to say:

“ Going with Salt Pure® was the right decision in many respects.  From the user standpoint, the members love it! They cite  all the usual reasons: soft water that is gentle on the eyes, skin and swim suits; no chlorine smell,  and it is comfortable for the more sensitive swimmers such as seniors and children as there are no skin rashes.  I even have some members who have moved further away from my club but kept up their memberships because they like the pools, and will drive 30 to 40 miles just to swim at our facility.  I’ve added about 500 memberships since the Aquatic Center phase was completed and I’m saving about $700 per month after payback of about 4 years on my capital equipment.  My overall experience with TMI has been terrific.  From the start I have embraced full involvement with TMI and have developed strong relationships between my staff and TMI staff which makes our job so much easier.  When problems arise, they are quickly solved.”

Chuck stressed that it is important for TMI’s customers to fully understand the support capability that TMI offers and to take full advantage of that.

After the Salt Synergy® conversion in 2011, Bryan Hall, the facility technician pointed out that:

“Our ( heavily used) spa is located in a corner of the club that has poor air circulation. The Salt Pure® system has done a great job of keeping combined below 0.6, with the water changed weekly.  Now almost 3 weeks  after installation, we have not yet had to change the water and combined chlorine levels are a steady 0.0 !!  The air quality above the spa has now drastically improved. Even after heavy weekend bather loads, the bathers believe the water appears freshly changed. I’m very happy with the results. My customers are pleased with the change to Salt Synergy®, and I have reduced my work load.”

“I would highly recommend your new Salt Synergy® systems to anyone – they’re incredible.  I no longer have to add monopersulfate and even after two months there is absolutely no combined chlorine in any of the pools or spa!!”