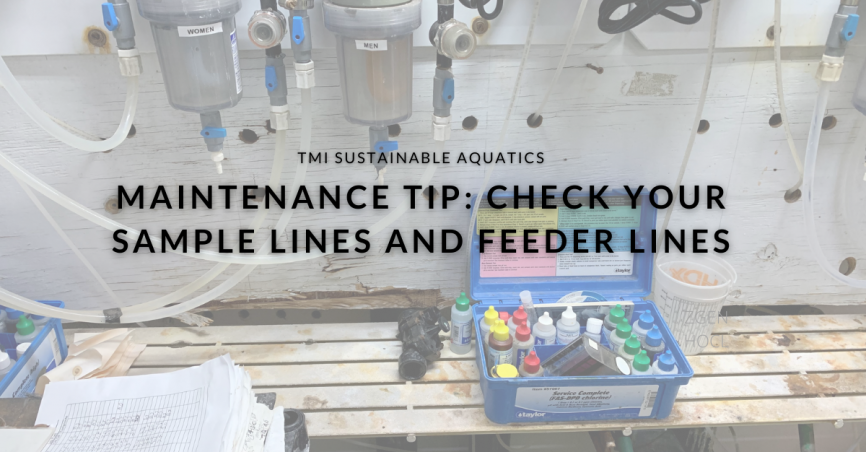 I recently was replacing & installing new chemistry controllers at a facility. Before I started the install, I performed a visual inspection of the existing equipment and existing polyethylene water sample lines – which divert pool water to the chemistry controller’s flow cell for analysis.

I was alarmed to see cracks and what looked to be temporary fixes throughout entire stretches of the water sample lines. So, I asked the facilities engineer I happened to be working with, “Have these water sample lines ever been replaced?” He stated he believed they had to be 7 or 8 years old.

I explained to him just how dangerous this was; that it not only could damage some very expensive equipment, but if one of these lines broke it also could create a safety situation where someone could get shocked entering the pump room if one of these lines had happened to break unexpectedly and spray water onto equipment or an electrical breaker panel.

The engineer stated, “Oh the lines have broken several times in the past, but they were able to catch it before any damage was done.” I could not believe what i was hearing. For this guy, who oversees this high-end facilities pump room, it had never crossed his mind to replace these old damaged & stitched together flow cell lines.

This was just the beginning of my long, exciting day of installing new chemistry controllers. These old existing water sample lines burst several times over the course of the day and right above my head as I worked.

In the end all new flow cell lines were run and a possible future catastrophe was averted. I guess the point of this blog is to just remind people who work around pools and pump rooms that if it is obvious that something needs replaced don’t put it off – especially if it is a potential risk to your facility or most importantly people.

Polyethylene water sample and acid lines should be replaced routinely & well before they become brittle and prone to breakage. Check with your manufacturer or the manual for more information. On outdoor pools UV rays from the sun will deteriorate polyethylene at a much faster rate.  As a rule of thumb these lines should be replace every 2 to 5 years depending on whether they carry water or chlorine/acid.