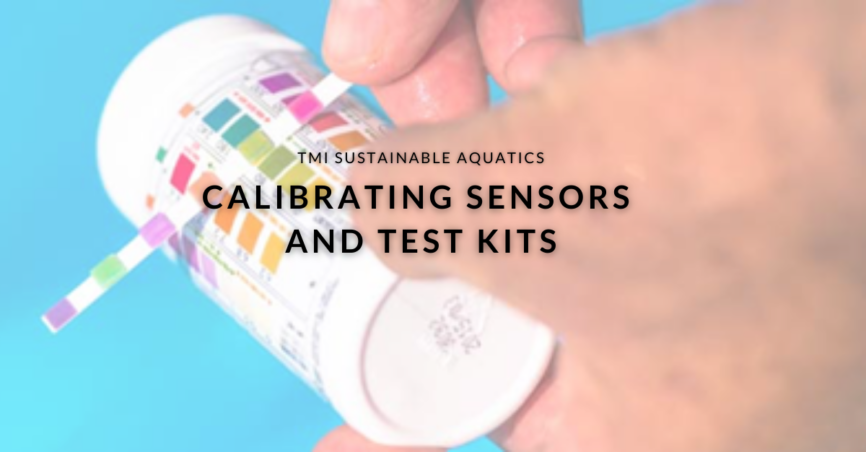 It is critical to note that test kits, probes, and some other pieces of equipment require calibration from time to time. Related to this, knowing what the variance of a probe or test kit is also important.

NOTE: Always consult your manufacturer’s guidelines before calibrating any piece of equipment, whether it be probes, test kits, etc. Failure to do so may result in undesirable results.

Taking a free chlorine PPM probe as an example, most operate on a 4 – 20 mA loop. The chlorine passes over the sensor, which reads it as a milliamp (mA) value. Then the mA is sent to the chemistry controller where it is translated and scaled to a PPM value. So if 4 mA is 0 PPM and 20 mA is 10 PPM, you can scale the rest. Since every body of water is different, most calculations are set to a default, a standard. It’s not feasible to prepare the probe for every possible combination of chemistry values. So typically, these probes may need calibration after initial setup, and occasional more calibrations after that. Calibrating is just correcting the value being read by the sensor.

The when to calibrate a probe depends entirely on that probe. Always consult the manufacturer’s guidelines on this. Sometimes you may want to schedule calibration, but in most cases you’ll only calibrate when it’s not tracking properly of course.

Generally, when you notice tracking is drifting, it may be time to calibrate. Do not calibrate right away. The probe probably just needs cleaning, or the consumable inside replaced. Calibration is one of the last items in a series of troubleshooting items. If you have taken all other steps and tracking continues to be off, that’s when it’s time to calibrate. If you calibrate as a first step, and then clean probe, it will not track properly. Always keeps this in mind when considering whether you should calibrate. Often there is a better solution. Do not treat the symptom. Address the underlying cause.

This will vary wildly by item. Contact your manufacturer or refer to the manual. When calibrating test kits and similar items, always follow the instructions to the letter.

A note on variance:

Probes and test kits always have a variance. Read the documentation to learn what that is and add it to the variance of the other item. If a tester and a probe have a variance of 2%, that means combined you may see a difference of 4% between the two.

Verify that your probe or test kit is within the variance before calibrating. If a chlorine probe has a variance of 0.5± then you should not calibrate it if your hand reading is 2 and the controller says it is 2.3. That is well within the specification.

Calibration is extremely important to the health of your system. Changing values to something that is not accurate will lead to worse tracking. Always take multiple hand readings when calibrating a controller. “Measure twice, cut once” logic. A good calibration can keep your system singing along, and a poor one can lead to headaches further down the road.

Where do I Test My Water in My Pool