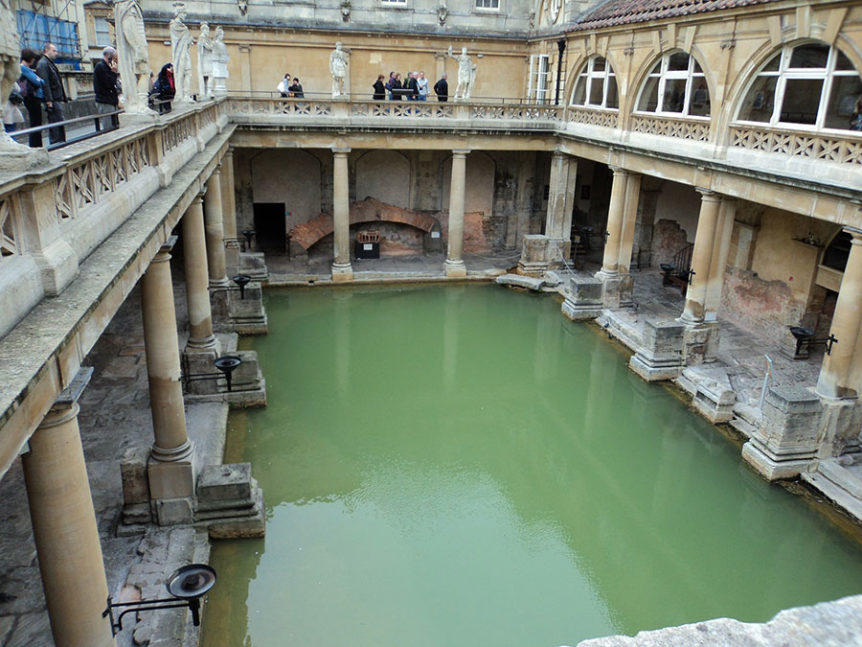 The concept of spas dates all the way back in the early AD years.  Baths were the precursor of spas and hot tubs and they where mainly meant for personal cleansing. The water was cold or at best warm as well as not readily available as in our days. Evidence of baths can be found as early as the sixth century B.C. in Greece. That was until the people of Laconia -Laconia is a province in the Sparta area of Greece- came up with the concept of hot-air baths. That design came later to be known as a Laconian bath type. That design called for water to be heated either directly by burning coal under the water or by heating rocks and introducing them in the water itself.

Hot water meant that bath progressed slowly from a mere necessity to a recreational activity. That’s when spas where born and the spa became more of a social function. The size of spas progressively became larger in size and functionality.

Greek bath remains can be found throughout the Mediterranean and north Africa.

As the Greek era came and passed, the Romans era begun. Romans could not help themselves but to take the hot bath concept and supersize it. By then, baths where a big social and cultural part of Romans as well. Even though many cultures perceived a bath as a deeply personal matter, Greco-Romans used the spas as a place of exercise, relaxation, as an ideal place to conduct business, close deals and off course engage in politics. While only the very wealthy could afford spas in their villas, public spas where available for almost every social class, including women. As was the norm in those times, there where three different entrances to the spa. One for the slaves, one for women and one for the other patrons. In the beginning spas were gender segregated; then they moved on to a scheme where women would use the baths earlier in the day,before the men did. Finally by the 1st century AD, spas turned to mixed bathing without restrictions.

A Roman Spa usually consisted of :

Other amenities included rooms for massage and other health treatments, cold-water plunge baths, private baths, toilets, libraries, lecture halls, stages for theatrical fountains, outdoor gardens, mini-market (bazaar) and sometimes the modern times equivalent of a food court. All of these amenities where tiled with marble mosaics floors, the walls where stuccoed and frequently sported frescoes of trees, birds, and other pastoral images. Sky-blue paint, gold stars, and celestial imagery covered the interior domes while statuary and fountains decorated both the interior and exterior of the complex.

As awesome as your spa is, ancient people made their spas/baths without today’s technology.  How cool is that?