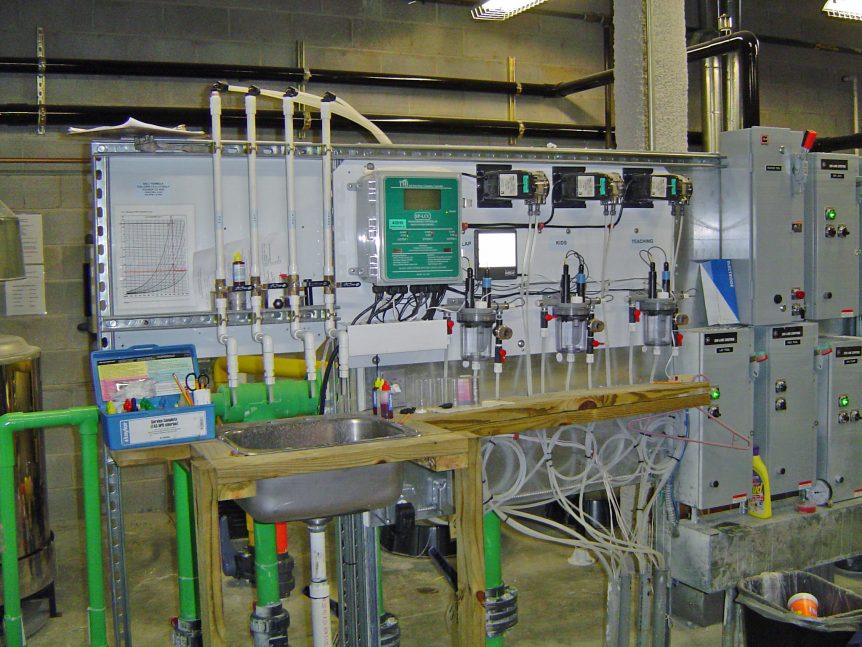 It has been said that some of the staff referred to him as “Overkill Bill”, and that he really frustrated the heck out of them a lot of the time. Between each other, grumblings and complaints would fly and the usual “Why would he want…?” would be asked. But they did it his way, even so. Bill was a former head of Maintenance at American Family Fitness in Richmond VA. Back in ‘97 he called me to see if I could help him with a chlorine generator on his spa. A local pool service company had installed a residential type unit and it was not able to maintain a chlorine residual. Long story short, today “AmFam” has 21 “Salt Pure” bodies of water in 7 clubs scattered across greater Richmond. Overkill Bill has retired but his legacy lives on. I was just at their Fredericksburg location and was once again so impressed at the condition of the pump room. Not only was it so clean that you could sit in there and have lunch, it was also extremely organized! Every single piece of equipment was labeled and had a unique stock number. All the guys had to do was to contact the maintenance office and access that number. The computer program would then show each individual component associated with that equipment and the part could be ordered to minimize downtime. The staff would go so far as to wipe down each piece of equipment on a regular basis! Each pump room was equipped with an over-sized water testing station and the sample lines from the chemistry controller ran into a basin, which, by the way, was also spotless. A full spectrum light was positioned above the sink so that testing was simple, efficient, and reliable. I probably do not have to tell you that the quality of the water and the air in the pool room was excellent. Chatting to the guys about the condition of the room and equipment, they were quick to point out that Overkill Bill and his insistence on strict attention to detail has served them well. In fact, his way is exactly how they still conduct their business today. In hindsight perhaps calling him “Overkill Bill” was kind of…well…overkill! 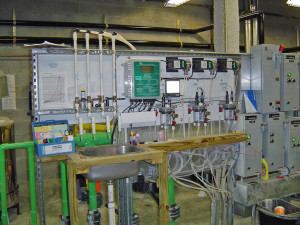 An example of Bill’s work (click to view larger)